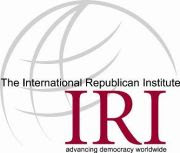 The International Republican Institute (IRI) is a non-profit organization based in the United States that is dedicated to the advancement of democracy worldwide. Since 1998, IRI has conducted a variety of programs in Indonesia to promote and strengthen the development of democracy through the strengthening of political parties, civil society, and other institutions that support the engagement of an active citizenry. Programs have included: local governance, women in politics, political party development, political party reform and democratization, political polling and focus groups, and political communication. The purpose of this request is to solicit proposals for the development and implementation of a Communication Forum in the Province of Aceh whose goal will be to bridge intensive communication between political party and their faction with many different stakeholders by which political party/factions will identify issues that concern their constituents and also draft position paper reflecting their party platform to address the social issues raised by the CSOs and submit their public recommendation to the parliament legislation committee.

Utilizing funding provided by the United States Agency for International Development (USAID), IRI is seeking to partner with a civil service organization to design and implement a communication Forum that will help political party/parliament identify their constituents’ issue of concern and address them with their position paper reflecting their party platform in political talkshow both in Local Radio and TVs. Further, the implementing partner will work with the political party/MPs to arrange the public events both as a means to identify the issues that concern the public and to help them drafting their position paper to address the issues as well as to deliver their party platform.

This communication forum should work in synergic manner with the already ongoing program of Taskforce program for Public service.

While the taskforce membership are from the Party leadership non parliament members, this communication forum will ideally consist of members of parliament Legislation Committee and the CSOs. This Work on the project much begin in April, 2012.

The success of this program will be measured by the number of proper position paper prepared by the party/faction who are involved in this program and the quality of the political dialogue both by Local Radio and Local TV.

Submissions are due no later than 16:00 on Wednesday March 17, 2012. All proposals should include program summary, previous experience in conducting similar projects, a detailed budget, and list any potential professional or political conflicts that may keep the organization from being able to complete this project in a timely unbiased manner. Included with the submission should be one copy in Bahasa Indonesian and one copy in English. Proposals that exceed a total USD amount of $9,500.00 will not be considered. This Request for Proposals represents work to be completed during the third calendar year (2012) of a three year project.

All submissions, questions and comments regarding this request should be directed to: Kwignyawinata@iri.org.
Tweet